What are crisis-proof investments and why are they essential?

Home » What are crisis-proof investments and why are they essential? 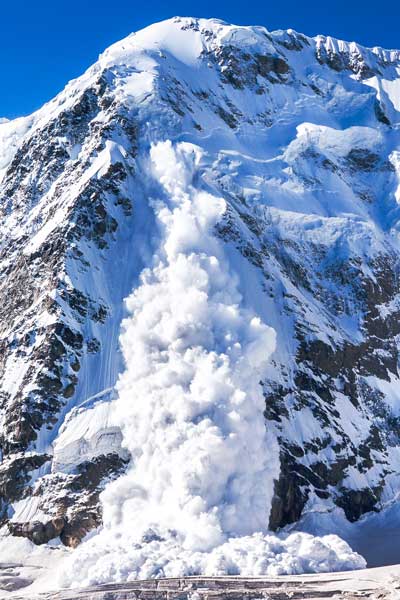 A FINANCIAL SYSTEM AT BREAKING POINT

The next financial crisis is only a matter of time

Politicians and central banks worldwide are running out of realistic and effective solutions and never before have states been so heavily indebted during peacetime. Debt creation at the expense of the next generation and rising inflation are the consequences of these actions. The unprecedented creation of money out of thin air and the politically motivated manipulation of interest rates by central banks have a direct impact on the value of our money. “By failing to prepare, you are preparing to fail”, as the saying goes and so it’s clear that now is the time to consider a crisis-resistant investment approach for your savings before the next financial crisis hits. While it might be impossible to tell precisely when it will happen, it is safe to assume that it will.

LEARNING FROM THE PAST

What happens to the financial system during a crisis?

Each financial crisis in the past had a different trigger and developed differently. Most often, however, the trigger was a surprising event or shocking piece of news and the first reaction of most investors was always the same: the panic sale of financial assets on the stock market and flight to cash. It is only after the dust has settled that we can analyze what the real effects of the crisis are and which asset classes stand to benefit from it. For example, in March 2020, upon the outbreak of the Covid pandemic in Europe, all asset classes experienced significant corrections. It was only after the initial shock had passed that precious metals, bitcoin and shares of companies that could profit from the pandemic saw increased demand. 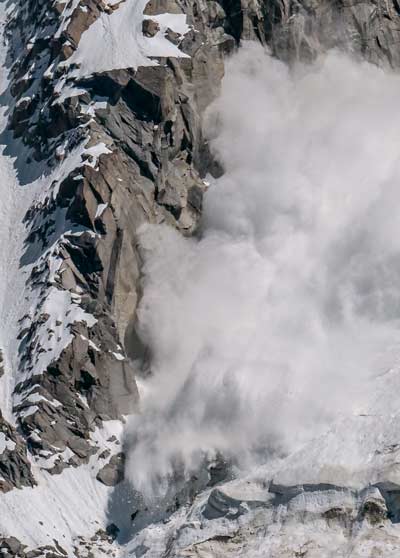 In the global financial crisis in 2008, in the first few days after the bankruptcy of the investment bank Lehman Brothers, banks no longer trusted each other. It was still unclear which financial institution was affected by the Lehman collapse, and to what extent, and who would survive the crisis. The interbank market collapsed, and only when the Fed opened its liquidity floodgates did the situation begin to normalize. According to many experts, we came worryingly close to the collapse of the global financial system. Today, banks are more strictly regulated and have higher capital requirements. However, as the Covid pandemic demonstrated with the collapse of various supply chains, the world today is more interconnected than ever before. This also applies to the financial sector. The global value of all existing derivatives (financial contracts) is equivalent to 200 times that of all listed companies. How can this be? Visit the All of the World’s Money and Markets website and see for yourself.

Which investment offers protection in a crisis?

Savings accounts and government bonds are often described as such. However, due to negative interest rates, these investments generally no longer yield any return and money invested there loses purchasing power over the years. So, where should I put my money instead? Which investment yields a return and offers protection against sharp corrections?

Gold - the No. 1 crisis currency

Gold has been an accepted medium of exchange for thousands of years and is trusted worldwide as a safe asset in times of crisis. This trust seems to be ingrained in our DNA, as gold has been used since time immemorial in jewelry and in coins, facilitating trade and cooperation between different nations and cultures. Moreover, the yellow metal is a scarce commodity. In 2020, approximately 3,400 tonnes of gold were extracted from the earth worldwide. If all the gold already mined worldwide were melted down, experts estimate, it would fill a square swimming pool just 21 meters long, wide and deep. As a scarce commodity, gold plays an important role in maintaining long-term value and can once again serve as a medium of exchange should trust in our current monetary system collapse.

Like gold, bitcoin, which was conceived during the last financial crisis, is also a scarce commodity. The maximum possible number of all bitcoins that can ever be created, or "mined", is 21 million. The energy required to mine bitcoins, as with physical gold, is increasing and that's why experts call the mother of all cryptocurrencies "digital gold". In 2020, hundreds of millions of dollars flowed into bitcoin as a hedge against inflation. These are funds that in earlier times would have gone to gold. The great advantage of bitcoin is its independence from governments and central banks. However, unlike the RealUnit, bitcoin is not backed by real assets. The actual value of a bitcoin is highly controversial among experts and is solely influenced by the demand for a limited supply. It is therefore to be expected that the performance of the RealUnit will be closer to the performance of the real economy than that of bitcoin.

Properties that generate monthly rental income are also suitable investments for wealthier investors. However, real estate prices in Switzerland are at a very high level, as many pension funds and insurance companies have paid high prices for land and real estate in recent years in order to avoid burdening their cash holdings with negative interest rates. What's more, real estate ownership also entails risks. On the one hand, it could become more difficult to rent out the apartments due to oversupply, and on the other hand, net income could fall rapidly if mortgage rates rise. The SNB has been warning for years about a possible bubble in the Swiss real estate market. If the bubble bursts and demand collapses, real estate prices could fall by 20-30%.

Shares - investment in the real economy

Investments in companies that have a crisis-resistant business model and have been good dividend payers for years can also be a good option in times of crisis. Here, investors should ask themselves which companies can sell their products and services well even in a recession. For instance, crisis-resistant sectors include the food industry and the energy sector. It is also important to look for companies that have a solid and healthy balance sheet, as well as the power to impose price increases during inflationary times. In the past, such companies were often given preferential treatment by the state during crises, because politicians are usually very concerned about preserving jobs.

It is no coincidence that the RealUnit is backed by real assets exactly like these. The aim is to preserve the value of your savings over the long term and to offer increased protection against inflation and crises.

Current composition of the RealUnit:

It is important to have the right composition of the various crisis-resistant asset classes in order to avoid cluster risks and to remain agile.

Why is the RealUnit a good option for people looking for a crisis-proof investment?

The RealUnit is backed by returns-oriented and tangible real assets such as gold and investments in solid companies. At least half of the invested assets are held physically and securely outside the banking system in Switzerland. Our goal is to provide increased crisis resistance, long term stability and protection against the loss of purchasing power due to inflation or during economic and financial crises.

The RealUnit investment strategy has been implemented in various forms since 2001. 2001-2009: Private portfolio by Karl Reichmuth, 2010-2017: Swiss investment funds, 2017-2022: RealUnit Schweiz AG. The average of the five largest balanced funds of Swiss banks is used as a comparison (source Reichmuth + Co.) The performance of the RealUnit before 2017 is based on backtesting calculations.

In its initial phase, the RealUnit was structured as an investment fund (see history). We decided on the current structure of the investment company in order to be able to invest more easily and more widely in assets outside the banking system. Most funds have to adhere strictly to predefined parameters of each asset class, which severely limits their ability to react effectively to strong market flunctuations in a crisis. As an investment company, we can implement our investment strategy more flexibly and efficiently, in accordance with our investment guidelines, to protect the capital entrusted to us by our investors in a crisis.

What are the advantages of the RealUnit over a mutual fund or strategy fund?