The state can’t do it! 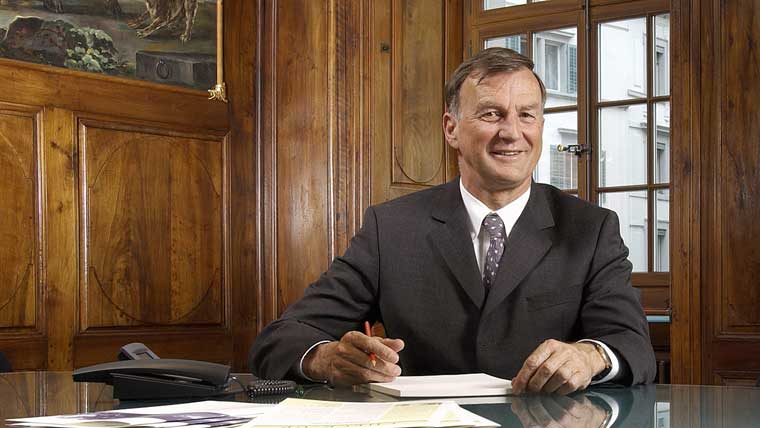 “The state can’t do it!” – Smart Investor spoke with Karl Reichmuth, President and General Partner of the Swiss private bank Reichmuth & Co. about the idea of the RealUnit as a means of preserving purchasing power and the urgently needed return to personal responsibility.

Smart Investor: Mr. Reichmuth, in 2010 your company launched the “RealUnit” fund. What is this fund all about and how did you come up with the idea?
Reichmuth: We wanted to create a product for the “normal” saver and investor with which he could protect himself against the real devaluation of his investments, be it through inflation or even government moratoria. These investors in particular find that kind of protection difficult, as they usually look at the nominal rather than the real performance of their investments. However, the RealUnit also has a monetary-philosophical background. It is intended to be a bridge in the transition from government money to privatized money that can act as a store of value.

Smart Investor: The last point makes one think of a competitive monetary order…
Reichmuth: Yes, you are right. I have great sympathy for the Hayekian vision. The bottom line is that those with great fortunes have always been able to create their own currency through diversification, while the broad masses of the people have always been left out. This is exactly what we are trying to change with the “RealUnit”.

Smart Investor: How do you make your investment decisions?
Reichmuth: Basically, the investment concept is a passive one, also to keep costs low. Due to the two aspects mentioned above, we based our selection of investments on the gross national product of the economy. The Swiss consume about two-thirds of their economic output and reinvest one-third. The fund’s investment strategy reflects that; consumption-related investments include currencies and commodities in addition to bonds, and we consider equities and real estate to be investment-related.

Smart Investor: How do you set up your investment structure to achieve this?
Reichmuth: We store gold physically in Switzerland, and all the other commodities are tracked as cost-effectively as possible via ETFs. This also applies to equity investments, where we prefer index funds.

Smart Investor: You already mentioned possible devaluation. The Swiss National Bank (SNB) has also recently caused its citizens to experience currency devaluation with its decision to peg the Swiss franc to the euro.
Reichmuth: We have already experienced something similar at the end of the 1970s. At that time, SNB President Fritz Leutwiler decided to peg the Swiss franc to the deutschmark, arguing that otherwise the Swiss economy would not remain viable. As a result, consumer price inflation rose from 0% in 1978 to 7% in 1982. Asset prices had already risen sharply in the years before. Switzerland cannot remain healthy in a sick environment, even if it may perform slightly better overall than surrounding countries.

Smart Investor: But it could be argued that a strong currency would be an advantage for a country with few raw materials like Switzerland…?
Reichmuth: That’s not wrong, but in labor-intensive industries in particular, it is never possible to compensate for all costs through cheaper purchasing. Accordingly, stakeholders called for policy intervention. This, of course, immediately put great pressure on the SNB to finally provide relief for businesses. This shows that the independence of central banks in a monetary system like ours is by no means as absolute as is generally propagated.

Smart Investor: The Swiss are not the only ones to intervene massively in the markets. Can policymakers still succeed in eliminating the imbalance without too many distortions by means of intervention?
Reichmuth: No, we are already in the midst of the major distortions. In fact, it is not inconceivable that the entire system could collapse. On the other hand, the paper money system has brought about so much prosperity that it would also be wrong to depart from it completely. But it must be anchored. This would be possible by linking it in the future to real growth and not to credit building, which is the core idea behind the “RealUnit”.

Smart Investor: Is the absence of an anchor also one of the causes of the financial crisis?
Reichmuth: Yes, most definitely. The fundamental law of the market economy, namely the link between decision-making and liability for those decisions, has been severed. There was a widespread belief worldwide that the state could guarantee stability thanks to its unlimited access to paper money. Now it turns out: It can’t! During the last three generations, more and more responsibility has been delegated to the state. This trend will reverse and people will have to find their way back to personal responsibility.

Smart Investor: Due to the lack of BaFin approval and the associated punitive tax, it currently doesn’t make sense for German investors to invest in the RealUnit. What would you advise them to do?
Reichmuth: We are definitely planning to bring the fund to Germany and will of course seek BaFin approval for it. However, we have not yet found a partner in Germany with whom we can realize our ideas cost-effectively. In very general terms, I’d say that the excesses we’re currently seeing are in nominal rather than in real terms. This means that tangible assets are the first choice. The DAX is still quite cheap, and even the real estate market is not yet overheated, unlike in Switzerland. Ultimately, investors must inform themselves and make their own decisions about their investments, rather than buying just any mixed fund.

Smart Investor: Mr. Reichmuth, thank you very much for the interesting interview.

To the article on Smart Investor