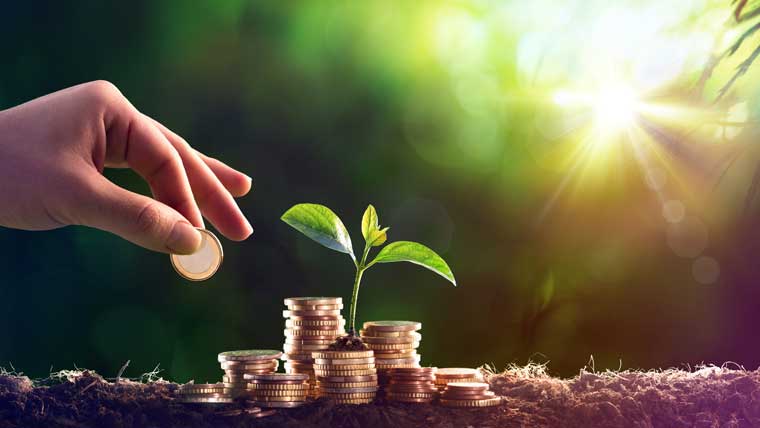 RealUnit Schweiz (CHF): A description of our concept when we re-established our former fund.

A contribution by Vahan P. Roth

The RealUnit Fund offers savers and pensioners a solution to the problems arising from today’s monetary system.

First. The primary goal of all savings instruments is to at least preserve the value of the invested funds. This can be achieved with risk-free investment options such as savings accounts or medium-term bonds – but only in nominal terms: the amount of money saved remains the same or even grows slightly thanks to interest rates, but shrinks in real terms due to currency devaluation. You don’t need hyperinflation see your savings evaporate, as Germany experienced several times in the 20th century or as is still the case in Zimbabwe, for example. This is because “normal” inflation also shrinks your assets over time; for example, the purchasing power of the euro has fallen by almost 20 percent in the ten years since its introduction.

Second. The states measure inflation only on the basis of price changes of baskets of goods, i.e. consumer prices. However, these have fallen over the past two decades, in some cases sharply, because of cheap imports from emerging markets. Asset price inflation, on the other hand, is not included in the calculation. Because of low interest rates, which China’s export boom led to [see article by Ferguson & Schularick on pp. 38-40], the prices of almost all real assets such as stocks or real estate skyrocketed. Those who owned only nominal assets, such as bonds, lagged behind in comparison – and comparison determines purchasing power.

The RealUnit strives for value stability. To this end, it includes both consumer goods and capital goods; it is thus based on gross domestic product, i.e. on Switzerland’s total labor output. Consumer spending accounts for two-thirds of GDP, and investment for one-third and the RealUnit fund mirrors this in its allocation. Thanks to this, the RealUnit offers savers and pensioners the certainty that their investment in the Swiss economy as a whole will not only retain its value in nominal terms, but that it will participate in growth in real terms.

In Switzerland in particular, however, an investment cannot be limited to the domestic market; foreign countries are becoming increasingly important. That is why the RealUnit fund invests one third of its assets abroad. This is derived from the average foreign integration of OECD economies. As a result, the RealUnit – like the Swiss economy – is locally anchored but globally oriented.

Thus, the RealUnit can serve as a stable currency backed by a country’s economy. Until now, savers and pensioners have had to rely on the policies of national central banks or even supranational central banks to preserve the value of money. The problems this creates are currently evident: the fact that the Chinese are pegging their currency, the renminbi, to the dollar at a fixed exchange rate is creating dangerous tensions in the global economy. And because countries such as Spain and Greece are struggling with excessive debt, the euro is in danger of being torn apart. Savers who bet on the RealUnit need not fear these problems: it is a sound currency that because it is based on the performance of a real economy.

The RealUnit Fund operates as cost-effectively as possible. To achieve this, we largely use passive investment instruments, especially exchange-traded funds. Thanks to the high liquidity of these instruments, fund assets can be quickly exchanged for money needed for daily needs. However, this investment policy also allows the overall costs to be kept low; up to 50 percent lower than comparable investment instruments. Direct distribution is carried out with PMG Fonds Management AG as fund management company and Swissquote SA as custodian bank. Shares of the RealUnit fund will be available for purchase at any bank after the launch (expected on March 1).